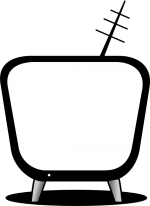 The dawn was peaking through the dissipating darkness of a crisp emerging Friday.

Birds up in the trees were chippering cheerful and well underway in their morning routines, while garbagemen, wallowing in the light of the rising sun, bustled around, loading up the unwanted excess of a Thursday gone by.

Racked by torment and growling in agony, sergeant first class Purdy limped through the alleyway, continuously seeking support against the slippery dew dusted red brick wall of the warehouse where he’d lost his foot.

Throwing away the wig he’d been wearing and spitting out the fake teeth, he gradually reached the big road up ahead.

Exhausted and heaving he hurled himself on a crooked bench where he tried to regain some focus and ease his viciously beating heart.

Rubbing his thumbs over his temples, he struggled to make sense of the situation.

What had to be a routine extraction of some simple answers had gone FUBAR all too fast. Purdy knew his emotions had clouded his vision and the price for this…

He looked at the stump.

He needed a doctor but raising his trembling hand trying to hail a cab, it fast became obvious that spooked by his bewildered face and his sliced off foot, none of the yellow car’s drivers were willing to assist.

Wiping the sweat of his forehead he considered calling an ambulance as all of a sudden tires screeched near the curb he was sitting. Startled, he looked up and saw a pitch black van.

One of the windows slowly rolled down and an obscene white man, sitting behind the steering wheel, dressed in a tight turtleneck, observed him with odd engaging eyes.

Something felt wrong, still trembling, barely able, Purdy tried to reach for his gun as the strange man in the van suddenly asked:

The fluorescent tubular lamps of the square monotone room where Purdy woke up were buzzing like fuck, the hard white light stabbing his eyeballs like thin frozen needles.

‘Seems like you met one of the Darko Twins?’

Purdy lifted his head, puzzled and confused. The man asking the question, slicked back hair, expensive suit, appeared not to have seen the light of day in well over a decade, grinned while…

… sucking on a vaporizer as if it kept him alive. The room smelled of mint and berries but that was just about the only soothing thing it offered.

‘We’ll take care of that later.’

‘You’re a lucky cock you know? It’s usually just the foot they send back.’

‘How… ‘The leather of the office chair squeaked as the man with the questions straightened himself.

‘How did you end up meeting one of the twins?’

‘I… Rikers, I followed a lead I got at Rikers.’

The fist of the man with the questions landed on the table in front of him, setting off an explosion of sound which made Purdy’s head feel as if ice cubes were being pelted against his bare naked brain.

The shock of the sound nearly made Purdy puke.

‘What were you chasing?’

‘Promotion.’ he lied, adjusting himself. ‘I tried. I thought it would make a good impression cracking a cold case.’

‘And what case would that be?’

‘A few years ago. That. The murder on the Amtrak Silver Star.’

‘Yeah. Look. Could I maybe get a painkiller or something? This fucking leg. My fucking head. I’m running on fumes here.’

‘Soon… If this goes well, I’ll give you everything you need.’

The man with the questions gave him a creepy wink, which did nothing to appease the pain.

‘Do tell me though…’ the man looked at a file in front of him. ‘… sergeant first class Jack Purdy, what exactly did you find out?’

‘The brother’s named Dallas, the little bitch is Dee.’

‘How did you know it was the brother?’

‘She took it, but I should still have a picture somewhere on my harddrive.’

‘Doubt it, but… Wait here.’ The man with the questions left his seat, opened the door and disappeared.

Purdy’s head was spinning and the lack of sleep wasn’t helping him one bit.

What time is it anyway, he thought, as suddenly the door swung open and in came the man with the questions again, now with a weird smirk on his face.

‘Here, take two of these.’ He handed Purdy some pills and a bottle of water to wash ‘m down.

‘I just got it confirmed; the Amtrak Silver Star murder report contained not only fingerprints, but also DNA.’

‘I can’t say I truly follow where this is going…’ Purdy answered, swallowing down the pills.’

The man with the questions smiled at him and folded open another file.

‘Allow me to elaborate, mister Purdy. These…’ and he pushed two pictures towards Purdy who immediately recognized the girl. ‘… are the Darko kids. Since ten years the pinnacle of my shit-list, the torn in my fucking eye.’

Purdy nodded and although he knew better, he thought they looked rather harmless in those pictures.

Hearing the name, Purdy felt the blade going through his leg again.

‘Their hyper advanced fucking humanoid piece of shit. The ultimate fall guy, never talks, never leaves any prints, giving these fucking Darko kids the wide open road to elope our law and do whatever the fuck they want.’

‘I see.’ Purdy replied massaging the area above his stump.

‘It must have been something really special for Dallas to take matters into his own hands.’ The man with the questions mumbled.

‘The note said he allegedly raped her.’

‘The man who got murdered on the train.’

‘You have succeeded to impress me Mister Purdy.’

‘And I’m not easily impressed.’

Purdy still didn’t fully understand the scope of it all, but he knew he had done something to please the man in front of him. As the pills started to kick in, the pain dwindled.

‘Now what?’ Purdy wanted to know.

‘If these prints and DNA check out it’s incriminating enough to finally convince some people to sign off on the budget and the means to bring this fucking family in.’

‘You still looking for that promotion Mister Purdy?’

‘Six figure salary, top clearance, licensed to do fuck all.’

‘Welcome to A.H.A.R.D mister Purdy, let’s get you processed so engineering can take a look at that leg.’